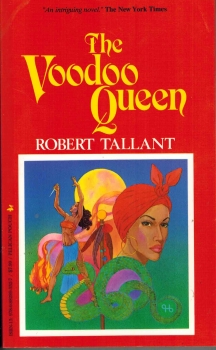 Witch? Sorceress? Daughter of Satan? Thief? Saint? Born in 1794, Marie Laveau reigned as the undisputed Queen of the Voodoos for nearly a century. Her beauty and powers were legendary, and caused her to be the subject of wild gossip throughout her life. She passed on her secrets to a favorite daughter, who helped her dominate the underworld of voodoo in New Orleans. "It is an absorbing tale, and the emotional undertones, the conflicts in her human relations, the overwhelming loneliness of her position, all come through the story of a strange life." Kirkus Reviews "The author creates a vivid, haunting atmosphere, which (like Marie's arts) holds the reader in spell. . . . an intriguing novel that is competently mounted and exceedingly well executed." New York Times


"We Deliver New Orleans To Your Front Door!"

Currently there are no reviews for this product. Share your opinion with others, be the first to write a review.
Tweets by @turnkeywebtools